Gambling is fun, but gambling losses are not. It has the power to ruin life once it becomes uncontrollable. Here are those who used to be the big whales in casinos who lost millions to billions because of gambling addiction.

If you are going to search on Google, who lost the biggest in gambling in history, you will see his name on the top of the lists. Even though his gambling expense did not surpass the loss of the one in the top place, losing 204 million dollars was not a joke.

Terrance “Terry” Watanabe used to be a wealthy man who inherited his father’s multi-million business. He was a successful CEO before he sold his company in 1977.

He received a great deal of money from the sale, which he all wasted in gambling and alcohol. From 2007 to 2008, he blew all his fortune away by hopping from one casino to another. He even received a privilege to be the VIP chairman in one casino called Harrah, where he received rich rewards.

In late 2008, Terry finally realized that he lost everything. He asked his sister’s help and went to rehab.

However, after his rehabilitation, the ghost of his previous life haunted him. Harrah sued him for not paying the remaining losses he had in the casino. Watanabe also sued Harrah for allowing him to gamble even if he was tipsy.

O’Connor used to be a wealthy woman with accomplishments. When O’Connor was young, she and her twin were athletes. She became a mayor in San Diego, California, and got married to a wealthy entrepreneur, Robert Peterson.

However, she threw her life away because of her gambling issues. There were money laundering charges against her for using the money from the foundation her late husband created.

Prosecutors found out that her gambling losses reached 1 billion dollars in eight years. According to the records, O’Connor dried up her savings, sold her properties, took out the mortgages of her home, only to spend them in gambling. 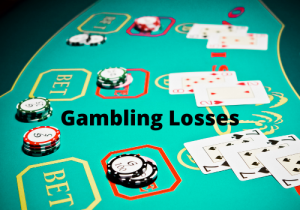 If you are wondering who the biggest loser is, it is this Australian guy Harry Kakavas. He was lucky to make a fortune in his trade as a real-estate salesman. However, his serious gambling problem took it all away.

In just over a year, Kakavas lost everything at Crown Casino, playing baccarat and blackjack as a high roller. He would spend around 300,000 dollars in one go until it reached 1.5 billion dollars. He lost everything he had and even buried himself in massive debts from friends, banks, and lawyers, who believed that he would use the money for investment.

The story of these people should serve as a lesson to gamble in moderation if you do not want to end up like them who wasted what they have in gambling losses.

Do Slot Machines Having Any Skill Or Are They Just Dumb Luck?

GrandWild Casino Review: What You Need to Know About